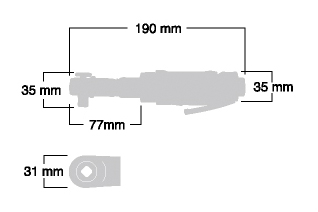 ● Swivel head with 9 levels
● An activity is possible at the locations which cannot work in the usual spanner and/or ratchet wrenches.
● The socket lock mechanism does not drop a socket on a narrow place.
● Japan and Foreign patent(s) pending as the "Quick release function" for easily releasing sockets 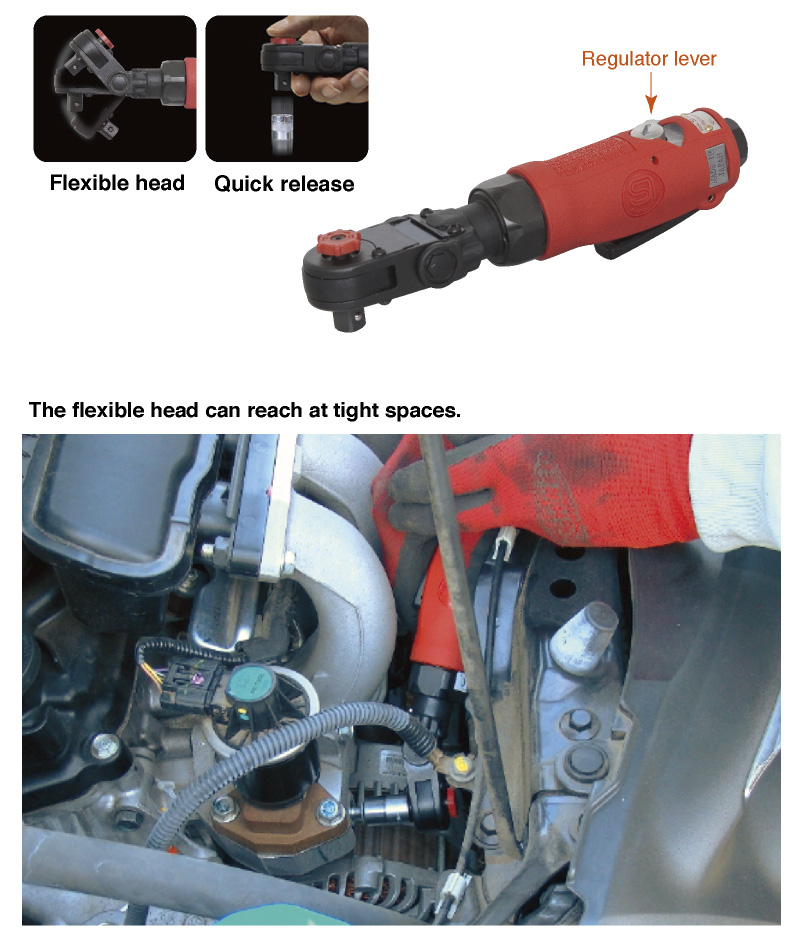